It’s been a long time since i’ve properly talked to you, and I’m just writing this simple letter to thank you for all that you’ve done for me, well, for us. Thank you for being a strong person, an inspiration for many people, and for being the best of friends anyone could ask for. Always remember these words: You are loved, and you have the best friends anyone could ever ever ask for. they will always be there for you when you need them, and they will support you whenever. With that in mind, be your best self.

With all the love,

It was a really nice Saturday for mid-October. The sun shone over the leaves of the crimson trees like crystals, and the chirp of the birds promoted relaxation and peace.
When we got to the VanDerTorren’s house, the warmth of the sun embraced me and I felt happy- it was not the type of the uncomfortable heat that I am used to, it was a perfect balance of heat and wind. Maaike called us in, and as we walked into the house, a smell of fresh raspberry jam and pancakes filled my nostrils.
“Let us eat, shall we?” said Maaike.
“Yes please!” said Shumeer.
When we sat down, Mr. VanDerTorren came in with many different toppings and different types of jam. After that, he came in with a really big stack of pancakes.
“Wow,” said Mieka. “That is a lot of stuff!”
“Alrighty then, let’s have a word of prayer before we eat-” said Maaike.
When we were done praying, everybody starts talking, and eating pancakes, and having fun. this seems like a pretty fair essay so far, but we have to keep going.
Then right after that, we went on a small tour in the surrounding areas and a little “farm” of theirs. We played inside an empty pool, and a dry fountain with blue angels painted on the tiles. The sun was still bright, and the wind, still perfect. The flowers still bright and the birds still chirping happily.

Bethany Hamilton wrote a book about her own life, called Soul Surfer, and it is about how a shark attack turned her life to God. Bethany was born to a Christian family in Hawaii, and at a very young age, she had already learned how to swim, and surf. When she was 13, she went surfing with her best friend, Alana. And that is when it all happened- She went too far off of the border, and a great white came over and bit her arm off. Because of that, she started to think God didn’t care about her, and if He did, why would he allow all of that to happen? but later, she realized it was all God’s plan. I liked this book because it shows an example of what God can do to our lives.

When I started watching him, he was only 16 years old. He was short, had dark brown hair, and had a lightly tanned skin. Now that he is 19 years old, he has lighter skin, and he is 5’9’’. He has long legs and dresses with bright primary colors, such as yellow, red, and blue. He has long hair, and short on the sides, and it is usually slicked back. Conan is happy, he is funny, and exuberant, and also emotional at times. 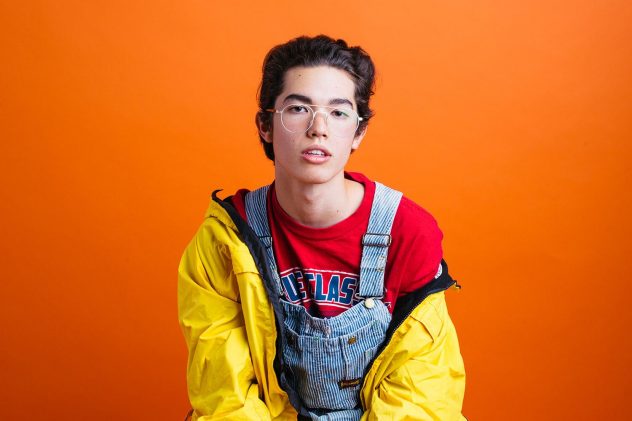 on a cold night, I look out to my window. all I can see is the dark lawn and the yellow street lights, and the blueish tone in the streets and surroundings given by the moonlight. I can hear cars swiftly passing by, and children still playing on the streets when they could be sleeping, and there is me, writing this essay. I should probably be sleeping right now, but the yellow lights on the street and the blue tone of light pulls me in and makes me want to know more, just like a street wanderer, walking around, and seeking to learn more about what the moonlight has to offer.

I mean, everybody likes chocolate chip cookies, right? What about brownies? What if you combined both into one? A Brookie!

To make this brookie, you first need to preheat your oven to 200 degrees C , then, you grease a cooking dish and leave that for later. In a bowl, beat softened butter, sugar, light brown sugar, and vanilla extract, stir until creamy , and add two eggs, one at a time. Next, in another bowl, wisk flour, baking powder, and salt, and pour that over the cookie dough. Mix that until its dough-like.

For the brownie part, mix sugar and butter, then, add two eggs and beat until light. Over that brownie mix, add flour, baking powder, and salt, and mix until homogenous. Spread the cookie dough over the already greased pan, then, pour the brownie dough over it. Cook for about 25 minutes.

There you have it! A pan with brookies. You can do with it as you want, I mean, you made it right? Because if you are still reading this and haven’t made it.. Are you crazy? As I was writing the first paragraph, I realized this was too good of an idea to JUST write an essay about it and go on with my life.. so I decided to make it! Well, I WAS going to bring it to the school and share it with my friends, but it vanished one hour after I made it!

Alice Through The Looking Glass

The first thing Alice learns is how to keep her temper. For Alice, keeping temper is something difficult, because, in the book, when the queen is dragging her over the chess squares, Alice gets mad because she is going too fast. Also when the ticket-checker tells her to show her pass, she gets mad and yells at him for not having told her she needed tickets to ride the carriage.

The reason she learned to engage with peoples ideas, was because earlier whenever someone had an idea, she’d think its crazy and not accept it, or just ignore them. But when she realized that she was in a place where everybody was crazy, she started to understand them better and accept their ideas. In one instance, when Humpty Dumpty was on the top of the wall. She thought he was crazy because it’s dangerous, especially if you’re an egg. But soon she realized how the story rolls and that Humpty is actually supposed to be up there. she understood him.

Alice learned many things throughout the book, and I for sure learned some too. I think this book is really good in many ways, but if I had written it, I would probably cut the end off and make her come back to her house and live normally instead of waking up and realizing it was all a dream. And would also make the mad hatter not only appear in two pages. but overall, I would recommend this book to people who like fairy tales, because this book contains many fable characters, and has amazing personifications of things I couldn’t imagine, Lewis Carroll is amazingly creative! 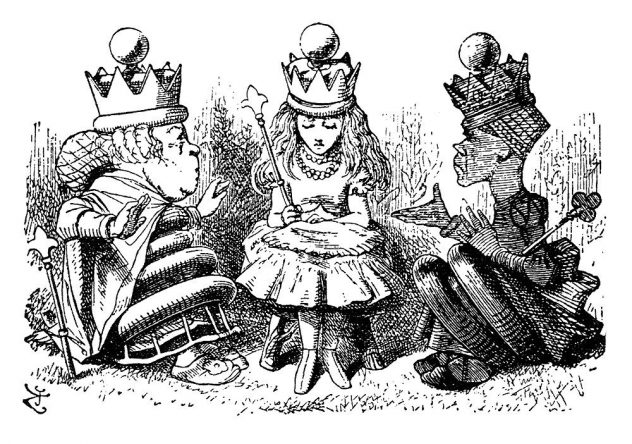 Elvis Presley is well known for his hip moves and perfect hair, and Michael Jackson is known for his global hit song, “thriller”, and shiny gloves. But there are more to these men as society knows, and that they were as similar as they are different. In this essay, I will cover three main topics of their lifes, their family life, their career, and their death.

Elvis Presley, the King of Rock, wasn’t always famous. He was born on January 8, 1935 in Tupelo, Mississipi, and lived in a two-room shotgun house(a long and narrow house) built by his grandfather. Elvis had a twin brother that died at a really young age. In 1954, He began his singing career with Sun Records label in Memphis. In late 1955, his recording contract was sold to RCA Victor. By 1956, he was an international sensation. His best album is called Elvis Presley, and it was number 1 on the charts. With good music and a dazzling style, he began a whole new era of American music and pop culture. The King of Rock died of a heart attack due to drug overdose, at the age of 42.

Michael, on the other hand, often referred to as The King of Pop, was born in August 29, 1958, in Gary, Indiana. Raised on a musical Family. By an early age he was working in concerts. He and his siblings started a band called the Jackson 5, doing shows in clubs, bars… and other Venues. Michael had quite a big Family, he had 10 siblings, both boys, and girls. He lived in a small house in Gary, Indiana, where all of his 11 family members could barely fit. In 1985 he released Thriller, a best-selling album that went up no.1 in the charts and became the best album at the time. This success granted him the nickname, King of Pop. Michael Jackson died on June 25, 2009, at the age of 50. He suffered cardiac arrest due to propofol (sleeping pills) and died that day.

Now that you know how their lives went, I am going to tell you about their Similarities. Both died of heart diseases due to drug overdose, both had great music, and great supporting families. In fact, Elvis’ Daughter, Lisa Marie Presley, married Michael Jackson, and later divorced. the last thing I would like to say, was that as they went towards the end of their lives, they were both worried. Lisa Marie Presley said in an interview with Oprah Winfrey that once Michael Jackson was heading to his end, Michael told her he was afraid of ending up like her father (Elvis). There are rumors about both faking their death and all of that.

These Kings of Music had many differences and similarities in their climb to the top of the musical industry, but one thing is surely different, the mark that they left on the world’s Pop and Rock culture, style, music, and the mark they left in many people’s hearts. 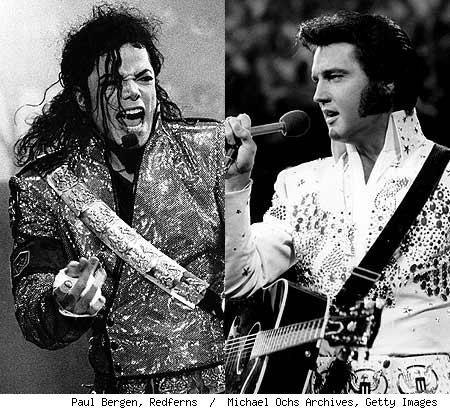 Before School X After School 👌👌 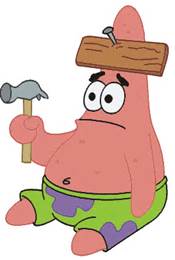 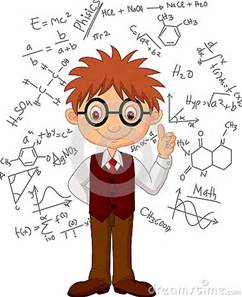 This first half of the year went like lightning! I learned a lot of new things. Is my first time studying in school without being in my first language.

Yesterday in American History class, we took 40 minutes of our class to decorate the doors of our school, it was funny and I think we did a great job decorating the doors! I will send a picture of the english class door down below. 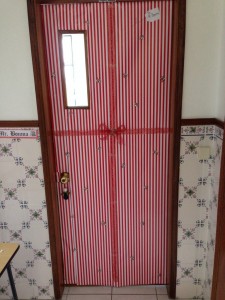